Visit The Royal Forums to learn more about how King Michael of Romania removes his grandson's title and succession rights.

WOJTEK the Bear Cub found in 1942 in Iran. Adopted by soldiers of 22 Artillery Supply Company of the Polish 11 Corps.

This short video is dedicated to the memory of a very extraordinary animal. A little Syrian Brown Bear abandoned by his mother and rescued by a group of men who had also lost everything. Together, the men and the bear would travel across the Middle East, and fight at Monte Cassino. The men of the Polish II Corps would name the little bear cub Wojtek (roughly meaning little warrior or happy warrior).

Eventually the bear was formally enlisted into the British Army as a Private. This ensured that when the Poles were deployed to Italy from North Africa the bear would go too. Serving with a transport company Wojtek travelled Allied supply lines, usually sitting upfront in the driver's cab. Mimicking his comrades, Wojtek would occasionally help load and unload trucks, and move supplies.

The bear's great strength meant that he could easily carry ammunition crates and artillery shells, which he did under fire during the last battle for Monte Cassino in the summer of 1944. Wojtek's supply company adopted the image of a bear carrying an artillery shell as the unit insignia.

After the war, the Poles returned to the UK for demobilisation. Sadly, none of the men or the army was in a position to home an adult bear. Finally, Wojtek was re-homed in Edinburgh zoo, where he lived out the rest of his days. He died in 1963, aged 22.

Beloved by his comrades, Wojtek was playful, mischievous, inquisitive, intelligent, loyal and brave. Like most bears, he loved to eat. He also loved to drink beer, eat cigarettes, and wrestle anyone who wished to challenge him. Today, Wojtek remains a symbol of Polish courage and fortitude during one of the worst periods in human history. 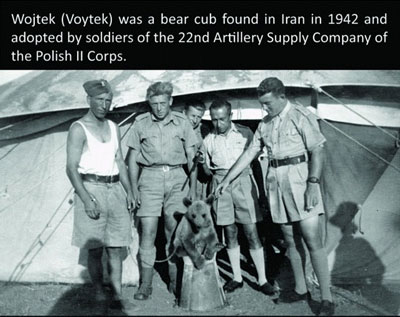 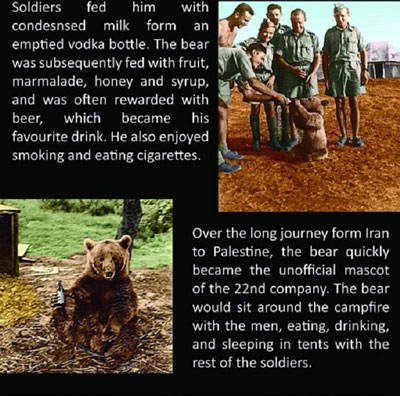 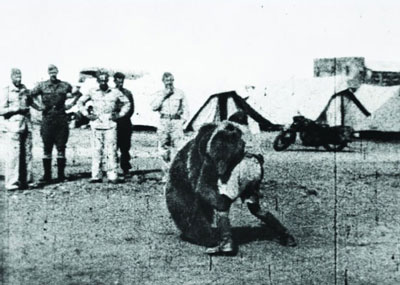 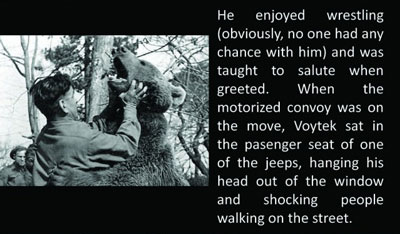 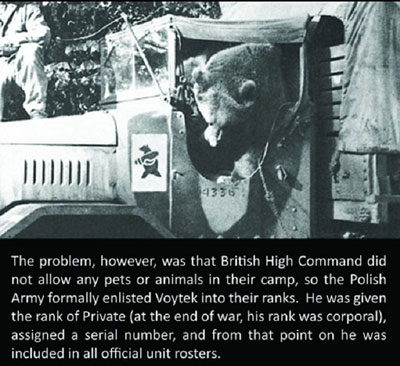 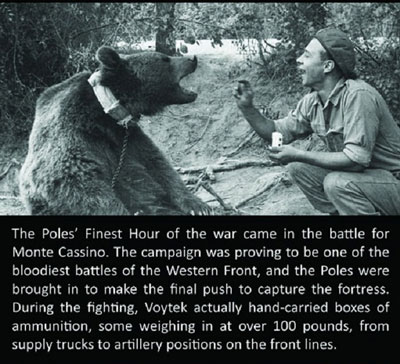 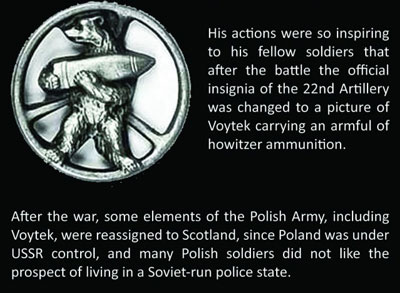 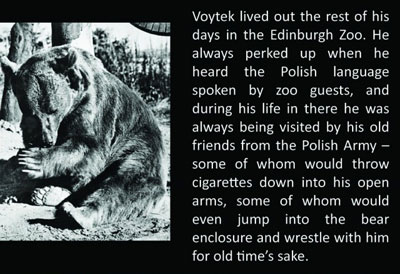 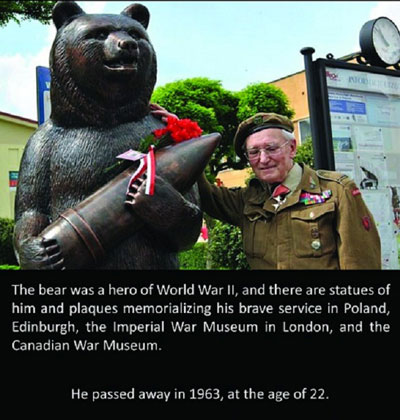 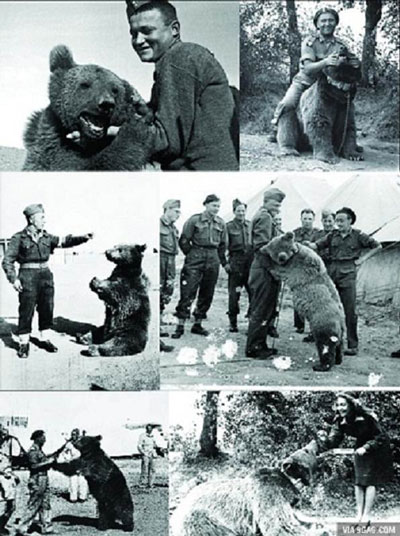 Sobieski Comes to the Relief of Vienna‏

Click here to learn more about how Sobieski comes to the relief of Vienna‏.